Catamaran study is finished – it passes with flying colours.

Huge thanks to everyone on Mull and Iona who contributed so quickly and generously to our Crowdfunder appeal to pay for independent analysis of the catamaran on offer to CMAL. We reached our target in just a few days, and that enabled us to commission the study that looks at how well the catamaran meets the requirements of the MCA.

The great news is that the Naval Architects at Strathclyde University have concluded that the catamaran will pass MCA approval easily, after some minor and expected modifications. In fact, on the central issue of damage stability – that’s the ability of the ferry to withstand damage and remain stable and safe – it passes with a score of 97.8%. Typical monohull car ferries – like the new hulls 801 and 802 or our current MV Isle of Mull – pass with a score of around 75%. So not only does the catamaran meet the regulations, but if bought by CMAL, it would be the safest vessel in the CalMac fleet… more in the printed issue

The photo depicts the Alfred, currently operated by Pentland Ferries, which is similar to the catamaran being proposed for Mull 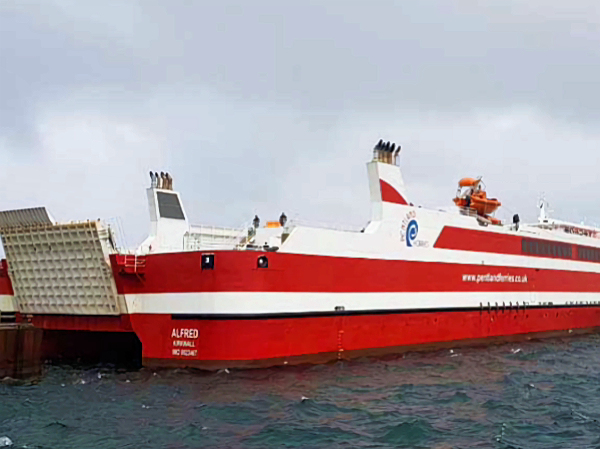