Tobermory RNLI’s Second Mechanic Creon Carmichael has been awarded a long service medal after more than three decades of saving lives at sea.
Creon joined Tobermory RNLI’s volunteer lifeboat crew in February 1991 just after the station had re-opened following its closure in 1947 and subsequently became second mechanic in 1995. Since joining, Creon has served on the Arun and Severn class lifeboats which have been stationed at Tobermory as well as taking part in nearly 400 rescues during which he has assisted 386 people and saved ten lives. Due to the current situation, Creon received his 30 year long service medal through the post but a celebration is planned once it is possible to do so. The medal features the RNLI’s founder, Sir William Hillary, on the front of the medal and the charity’s motto ‘With courage, nothing is impossible’ on the reverse…. more in the printed issue 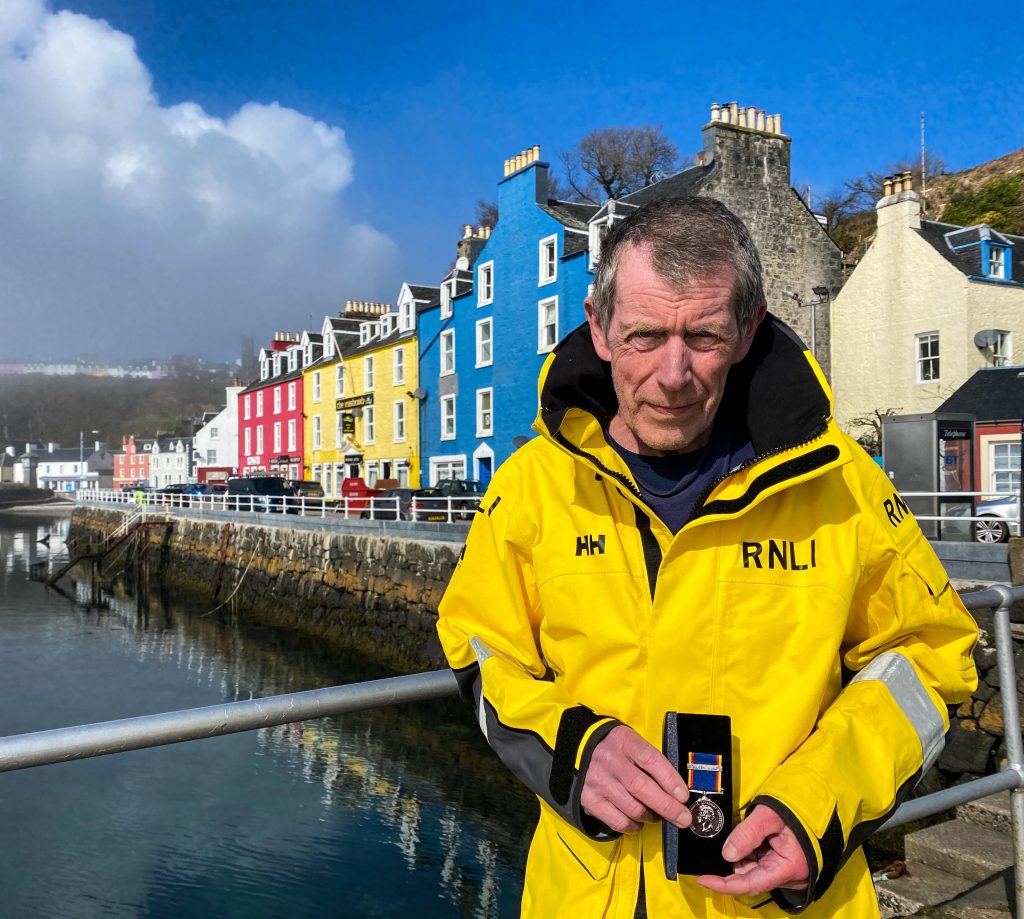