We spoke recently to Giulia Candussi, whose short documentary ‘Against the Tide’ follows a woman’s journey to becoming a member of the community on Erraid. “I’ve always been fascinated by alternative lifestyles” said Giulia “and I found out about Erraid and visited in 2019 as part of a University project, which in the end didn’t go ahead. I absolutely loved the way life on Erraid focusses on how to survive – in the film Gill calls it ‘the business of living’- rather than on consumerism.”

In September 2019 the opportunity to make a short film came up through Bridging the Gap (an initiative by the Scottish Documentary Institute and Screen Scotland), and Giulia was accepted as one of 12 filmmakers who took part in a training programme from October – December 2019. “We then had to pitch our idea to a panel including people from such organisations as The Guardian and Screen Scotland, and I was lucky enough to be one of the 4 that were picked” says Giulia. “We were then given funding and support to complete the project, with the films to be shown at the Glasgow Film Festival.”… more in the printed issue 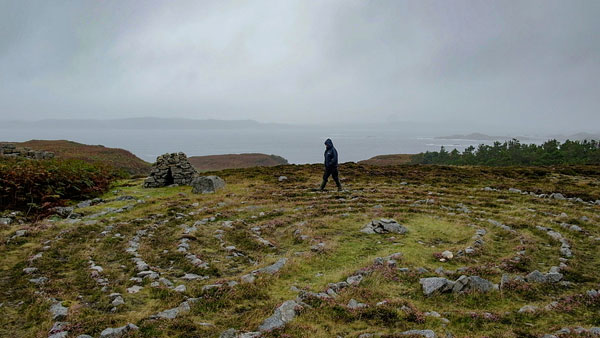