The Mull & Morvern Agricultural Society went ahead with the Salen Show on 12th August on a livestock only basis – as far as we know, the only agricultural show to be held in Argyll in 2021. The committee was rewarded for its tenacity and hard work by a really successful Show Day – everyone who attended was clearly delighted to be there, and there was a wonderful convivial atmosphere. Even the weather played along – the threatened rain around lunchtime was not heavy enough to ‘dampen’ the spirits, and by the time the heavier stuff arrived shortly before 4 o’clock the main business of the day was done, including the all-important judging of the Champion of Champions.
In spite of the lack of marquees and organised entertainment, there was plenty going on – and Garth Reade’s ‘Toss the Teddy’ event drew a long line of children eager to try their skills with the panda or the heavier teddy, resulting in an exciting ‘sudden death’ finish for the older children, won by Joseph Cockburn. Much fun was had by all, helped along by Garth’s easy patter.
The terrier racing was another highlight, with a new improved mechanism for pulling the lure – was it an old bait barrel, we ask ourselves? Due to a shortage of actual terriers, this was thrown open to ‘any dog’ and Labradors and collies joined in the fun, to everyone’s amusement.
But the chief attraction of any agricultural show is of course the livestock, and there was plenty going on here as well… more in the printed issue 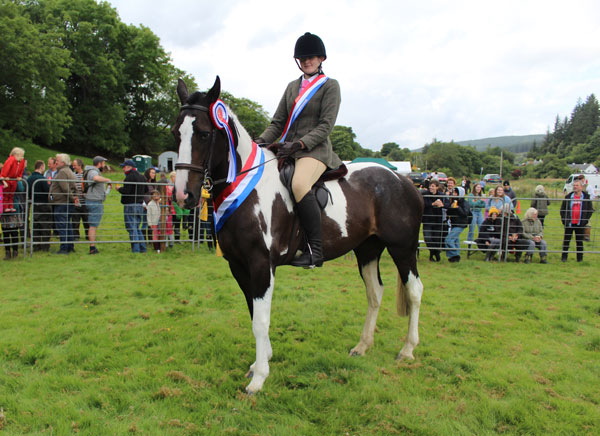